The decision in The Big Fish [2021] SGHCR 7 sets out the principles governing the duty of full and frank disclosure for a party applying for a warrant of arrest in Singapore and, in particular, considers whether it is necessary to disclose a potential time bar defence.

According to the Defendant, the Collision occurred in Indonesian territorial waters and would be governed by Indonesian law. The limitation period for collision claims is two years from the date of the collision pursuant to Article 742. As the limitation period for claims arising out of the Collision expired on 22nd January, 2021, the Singapore Action which was commenced on 11th February, 2021 was time-barred.

In addition to deciding various other issues in the case, the Singapore High Court held that the warrant of arrest obtained by the Plaintiff should be set aside for material non-disclosure.

In doing so, the court  highlighted the following principles governing the duty of full and frank disclosure:

The court found that there was material non-disclosure that justified the setting aside of the warrant of arrest. The Plaintiff knew or must have known from the claim papers filed in the Indonesian Action that Article 742 would be highly relevant to the viability of its claim. It ought to have disclosed and brought to the court’s attention two material facts:

By the Plaintiff failing to bring these material facts to the court’s attention, the court considered that the arrest had been obtained on the basis of an “erroneous portrayal of Indonesian law”. The court further noted that the arrest affidavit contained “material inaccuracies” as to the applicable limitation period for ship collision claims.

It is clear from the Singapore Court’s decision that an arresting party’s failure to satisfy its duty to make full and frank disclosure may result in the court setting aside the arrest. The court also pointed out that in cases that turn on a point of foreign law, it is good practice for arresting parties to engage their foreign law experts early i.e. by the arrest stage. 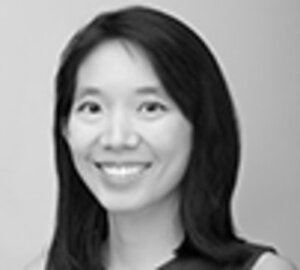