February, 2021 - From mere human error to serious omissions: what happens when an Arbitrator makes a mistake in their Award?

The recent decision from Sir Ross Cranston in Doglemor Trade Ltd v Caledor Consulting Ltd has drawn attention to the options available to parties who believe an arbitration award contains a mistake.

The main guidelines for rectifying a mistake in an arbitration award can be found within the Arbitration Act 1996 (Arbitration Act) at section 57. This section provides arbitrators with the ability to correct two types of mistake: the first being ‘clerical mistakes’ and the second ‘errors arising from any accidental slip or omission’.

A clerical mistake has been defined as “any mechanical or administrative mistake in drawing up the award”, such as an accidental slip of the pen, whereas the second covers a wider remit, including an accidental slip or omission by someone besides the arbitrator, such as the instructed solicitor or barrister.

It must be noted that section 57 does not allow the arbitrator to change their mind simply due to having second thoughts about the way they applied the law to the facts. This ensures that awards are protected from undue pressure from a losing party.

On a separate note, the Arbitration Act is silent as to whether fees should be charged for the amendment of the award or issuing of an additional award. However, it is likely to be deemed inappropriate for fees to be incurred for the correction of a mistake in an award.

Parties are able to opt out of or revise the correction process that is set out in section 57. This is the case, for example, where parties choose to arbitrate under the procedures of arbitral bodies such as the LMAA or the LCIA, which are expanded on further below.

The LMAA Terms (paragraph 27 in the 2017 Terms) outline the procedure for correcting mistakes in awards, which is expressly stated to be in addition to the powers given to the tribunal under section 57 of the Arbitration Act. The LMAA Terms extend beyond this stating that the tribunal ‘may of its own initiative or on the application of a party correct any accidental mistake, omission or error of calculation in its award’, or ‘may on the application of a party give an explanation of a specific point or part of the award’. Any such application must be made within 28 days of the date of the award, unless time is extended by the tribunal.
A further variation is that the time allocated to the tribunal to issue the corrected award is significantly increased from 28 days under the Arbitration Act to 90 days from the date of the original award (though the parties may agree a longer period).

The recent case of Doglemor Trade Ltd v Caledor Consulting Ltd provides a good illustration of the options open to parties when seeking to rectify a serious mistake in an award. In this matter, the tribunal incorrectly calculated the value of shares within the award. The affected parties therefore made an application under article 27(1) of the LCIA Arbitration Rules for the correction of “any error in computation, any clerical or typographical error, any ambiguity or any mistake of a similar nature”. Despite agreeing with the parties that a mistake did occur and that it met the requirements of article 27(1) of the LCIA Arbitration Rules, the tribunal refused the application. The tribunal claimed this was because if the award was corrected, it would no longer give effect to the tribunal’s intentions of awarding substantial damages.

The affected parties were dissatisfied with this outcome and successfully sought intervention from the Commercial Court to challenge the award under section 68 of the Arbitration Act, claiming that there had been “irregularity in the conduct of the proceedings or in the award which is admitted by the tribunal”  which had caused them serious injustice. The court found that the tribunal’s award did contain an error and that but for this error, a different result may have arisen, meaning there was “substantial injustice”. It was held therefore that the award should be remitted to the tribunal for reconsideration “but only those parts affected by the computational error could be reconsidered” (Doglemor Trade Ltd and Others v Caledor Consulting Ltd and Another [2020] EWHC 3342 (Comm)).

If an arbitration award contains a possible mistake, the actions parties can take to seek to rectify this will be dependent on which arbitral rules govern the arbitration process. In any event, it is likely that the affected party will need to act quickly and seek advice at the earliest possible opportunity upon noticing the mistake.

As always if Members have any questions in relation to the above issues, they are invited to contact the Club for further information. 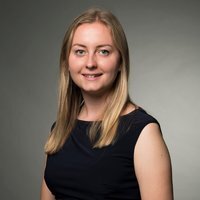