September, 2021 - “Fit for 55”: the EU Emissions Trading Scheme and promotion of greener fuels

On 14th July, 2021, the European Commission adopted a series of legislative proposals aimed at reducing greenhouse gas emissions, known as the “Fit for 55” package. The package marks a key step towards the EU’s aim to reduce greenhouse gas emissions by at least 55% by 2030 as compared to 1990 levels, and then to carbon neutrality by 2050.  The proposals include, most notably for the maritime industry, measures to promote the use of alternative fuels and key amendments to the EU’s Emission Trading Scheme (“EU ETS”).

The EU ETS is essentially a cap and trade scheme under which shipping companies will have to purchase and surrender ETS emission allowances for each tonne of reported CO2 emissions.  The scheme has been in existence since 2005 and is to be extended to the maritime industry from 2023.

Draft legislation was published in December, 2020 and the “Fit for 55” package proposes certain amendments to that legislation.  The most notable points include:

The “Fit for 55” proposal also contains several schemes aimed at encouraging the uptake of low carbon and renewable fuels by ships trading within the EU.

Firstly, the FuelEU Maritime proposal sets increasingly strict limits on the overall lifecycle greenhouse gas intensity of fuels used, starting at a 2% reduction (compared to 2020 figures) in 2025 and increasing to 75% by 2050.  The onus will be on shipping companies to comply, reflected in an extended reporting requirement under the EU’s monitoring, reporting and verification regulations.

Secondly, the EU proposes to update the Energy Taxation Directive to remove the current tax exemption on bunker fuels sold within and for use in the EU. Taxes will be introduced on a phased basis over a 10 year period from 2023.  Under the proposal, LNG would have a lower tax rate and ammonia and advanced biofuels would be tax exempt in order to encourage the use of sustainable alternative fuels.

Collectively, these schemes should have a significant impact on the cost and logistics of trading to, from and within EU ports over the next few years. It is therefore worthwhile to review any existing or future contracts in this light to anticipate and address the associated costs and liabilities

When the new EU ETS legislation comes into force, Owners will face costs of compliance which will include monitoring, verification and reporting of emissions together with the cost of purchasing and managing allowances. Owners looking to pass some of the costs and liability to their Charterers will need to consider incorporating suitable provisions into their charterparties.

When drafting such clauses, parties should ensure there is alignment in terms of responsiblity for reporting and responsibility for obtaining allowances. Related contractual obligations such as management agreements will need to be borne in mind to ensure consistency up and down a chain of contracts.  Where responsibility for obtaining allowances and reporting is passed to Charterers, this should ideally be coupled with an indemnity from Charterers in respect of any failure to comply.

Alternatively, where responsibility and costs are retained by the owners, particularly under long-term charters, owners may wish to include an option to adjust hire rates to reflect the increased costs of trading in the EU.  Charterers, meanwhile, may consider including the right to cancel the charter if the emissions profile of the ship is not acceptable.  Given the potential for other regions to introduce their own equivalent schemes in the future, emissions trading clauses should ideally be wide enough to encompass any future provisions.

Similarly, it would also be prudent to consider incorporating terms which clarify responsibility for compliance with the FuelEU greenhouse gas targets, particularly in the context of time charters where there is a mismatch between the party supplying bunkers and the party that is directly responsible for reporting and compliance.

Parties may also consider incorporating bunker adjustment factor provisions into their contracts to mitigate the effects of the potential price increases and fluctuations that are likely to result from the imposition of tax on bunkers and fuel-related measures.

Finally, with the increased use of new types of fuel in line with the promotion of greener alternative fuels, suitable bunkering clauses providing for different sampling procedures and the resolution of quality and quantity disputes will need to be incorporated into charterparties to reflect the requirements of the relevant fuel.

The “Fit for 55” package is currently a proposal only and it is unclear whether it will be passed into law.  A certain amount of lobbying has already taken place and further changes may be effected as a result. However, the broad framework is at least clear and inevitable. Where possible, parties should therefore start factoring in these future changes when negotiating and drafting new charterparties.

Members are invited to contact the Club with any queries relating to this and other green shipping matters. 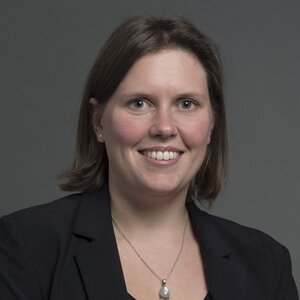