March, 2022 - Hard to fix: a reminder of the importance of lifting subjects

In the recent case of DHL Project & Chartering Ltd v Gemini Ocean Shipping Co Ltd [2022] EWHC 181 the Commercial Court held that the parties had not concluded a binding contract after conditions to which the charter party fixture was subject had not been ‘lifted’.  As a result, the arbitration agreement contained in the charterparty did not apply and the arbitration award was set aside on the basis that the arbitrator did not have jurisdiction.

In August 2020, DHL Project & Chartering Ltd (“the charterer”) and Gemini Ocean Shipping Co Ltd (“the owner”) entered into fixture negotiations for a voyage to carry coal from Newcastle, Australia to Zhousan, China on the ship “Newcastle Express”.

On 25th August, 2020 the intermediary broker circulated a recap which reflected what had been agreed between the parties. The recap provided: “SUBJECT TO SHIPPERS/RECEIVERS APPROVAL WITHIN ONE WORKING DAY AFTER FIXING MAIN TERMS & RECEIPT OF ALL REQUIRED CORRECTED CERTIFICATES/DOCUMENTS” and “RIGHTSHIP INSPECTION WILL BE CONDUCTED ON 3RD/SEPT…”. It was important for the ship to be approved by Rightship for the proposed voyage and clause 2 of the recap also provided that the ship should be “RIGHTSHIP APPROVED” and should be so maintained throughout the duration of the voyage.

On 3rd September, 2020 the charterer sent a message to the broker stating “Shippers not accepting Newcastle Express due to Rightship not rectified, kindly consider this vessel free”.  The charterer sent a further message later that day advising that the shipper did not want to wait for rectification of the ship and “we hereby release the vessel due to Rightship and not holding her any longer”.

It was agreed between the parties that, at the time of these messages, the charterer had not provided its confirmation that there had been approval either by the shipper or the receivers and there was not a ‘clean’ fixture as the relevant ‘subject’ had not been lifted.

Challenge to the Arbitration Award

Finding in the charterer’s favour, the court held that the fixture was not binding unless and until the charterer communicated that the “subject” was lifted.  In considering the contractual significance of the ‘subject’ provision, the court referred to the explanation of Foxton J in The Leonidas [2020] EWHC 1986 (a case where the UK Defence Club was involved for its owner Member) as follows:

“When the main terms for charterparty have been agreed but the parties have yet to enter into contractual relations, this is generally referred to by shipowners, charterers and chartering brokers as an agreement on “subjects” or “subs”, an expression which signals that there are pre-conditions to contract which remain outstanding. The conclusions of a binding contract in respect of such an agreement is seen as dependent on the agreement of the relevant party or parties to “lift” (i.e. remove) the subjects.”

The court found that the ‘subject’ provision in this case, being shippers/receivers approval, was of the character described by Foxton J in The Leonidas and its commercial purpose was that the charterer did not wish to make a binding contract until both the shipper and the receiver had approved the ship. The effect of the ‘subject’ was to negate the charterer’s intention to enter into any contract at all, unless and until the ‘subject’ was lifted.

Furthermore, the placement of the provision at the start of the recap and the use of bold text reflected the importance of the provision and, in the court’s view, it qualified everything that followed, including the arbitration clause.  The arbitration agreement should not be regarded as a ‘mini-agreement’, divorced from the main agreement, but rather it is part of the “bundle of rights and obligations under negotiation, and all of those rights and obligations were subject to the “subject” clause.” Accordingly, the court held that the arbitrator had no jurisdiction and the arbitration award was set aside.

This decision reinforces that, generally, the court considers that subjects in fixture negotiations are pre-conditions to the conclusion of a binding contract. As such, parties need to be aware of what obligations need to be performed in order for the subjects to be ‘lifted’.

Following the Commercial Court judgment, the owner was granted leave to appeal the decision and so we can expect to see a decision of the Court of Appeal on these issues in the near future.

As always, Members are invited to contact their usual Club contact for further advice in relation to the issues discussed above. 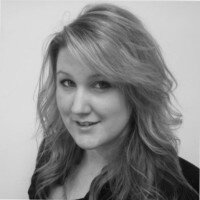