The recent Commercial Court decision in Navision Shipping A/S v. Precious Pearls Ltd and Conti Lines Shipping NV v. Navision Shipping A/S (m.v. Mookda Naree) [2021] EWHC 558 (Comm) tackles issues relating to off-hire during a period of arrest. The judgment demonstrates how a minor difference in the wording of an arrest clause can have a significant impact on the hire position.

On 15th December, 2018, the ship was arrested at Conakry, Guinea, by a Guinean company named Société Moulin d’Or Guinea (“SMG”), as security for a cargo shortage claim they asserted against Cerealis in relation to a different cargo delivered on a different ship.

Additional clause 47 in the head charter and the Navision/Conti sub-charter placed the ship off-hire in the event of her being detained or arrested by any legal process until the time of release, "unless such . . . detention or arrest [was] occasioned by any act, omission or default of the Charterers and/or sub-Charterers and/or their servants or their Agents".

Additional clause 86, which appeared only in the head charter, provided: "When trading to West African ports Charterers to accept responsibility for cargo claims from third parties in these countries (except those arising from unseaworthiness of vessel) including putting up security, if necessary, to prevent arrest/detention of the vessel or to release the vessel from arrest or detention and vessel to remain on hire".

The hire disputes under the head and sub-charter were initially referred to arbitration.

It was common ground that Cerealis was a “sub-charterer” within the meaning of additional clause 47. The arbitral tribunal found that Cerealis should have acted promptly to settle or secure SMG’s claim and that, had it done so, the arrest would have been lifted by 12:00 hours on 17th December, 2018. The tribunal considered that the clause 47 proviso therefore applied from that time onwards since, from that time, the arrest was occasioned by Cerealis’ failure to deal promptly with or otherwise secure SMG’s claim so as to procure the ship’s release. That failure was an “omission” for the purposes of clause 47 such that, from that date, the ship was on hire.

Conti and Navision both appealed against the awards and the matter was heard before the Commercial Court in March, 2021.

Two questions were considered by the court on appeal: firstly, whether the arbitrators had misconstrued clause 47 and, secondly, whether SMG's claim against Cerealis for short delivery of another cargo was a 'cargo claim' within clause 86.

No requirement to establish a breach

In relation to the first question, the charterers argued, relying on The Global Santosh [2016] 1 Lloyd’s Rep 629, that for the clause 47 proviso to apply there needed to be a breach by the relevant sub-charterers of a contractual obligation under the sub-charter. In The Global Santosh case, which also centred around an arrest clause, the Supreme Court found that the proviso would only apply if the charterers’ agents were vicariously exercising rights or obligations under the relevant time charter. On the facts of the Mookda Naree case, the charterers contended that the sub-charterers were not contractually obliged to deal with the arrest so there was no “omission” under clause 47.  The court disagreed, noting that clause 47 differed from the equivalent clause in The Global Santosh case due to the inclusion of the words “and/or sub-Charterers” in the Mookda Naree charter.

The court found that it was not necessary to establish a breach of a contractual obligation under the sub-charter and that the sub-charterer ought reasonably to have appreciated that it was expected to take action to procure the ship’s release from arrest.  Accordingly, the court confirmed that there had been no error of law by the tribunal and upheld the tribunal’s finding.  The ship was therefore on hire from 12:00 on 17th December onwards.

Turning to the second question before the court, Navision contended that for the purposes of clause 86 of the head charter, “cargo claims” were claims connected with cargo carried under or pursuant to the head charter. SMG’s cargo claim, which concerned a different cargo on a different ship, was therefore not a “cargo claim” under clause 86. The court agreed with this and held that clause 86 was therefore not engaged at all in this case, overturning the tribunal’s earlier decision on that point.

Accordingly, the ship was held to be off-hire under clause 47 from 15th to 17th December and on hire thereafter.

The drafting of clause 47 in this case was subtly different to that in The Global Santosh but produced a very different result. This serves as a reminder to owners and charterers alike to consider the wording of such clauses carefully depending on where their preferences lie.

Members are invited to contact the Managers for guidance in relation to any of the issues discussed in this article. 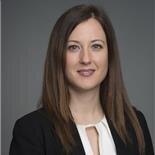