In the case of STA v OFY [2021] EWHC 1574 (Comm), the Commercial Court considered the Kalmneft factors in order to determine an application by a state government for an extension of time to challenge an arbitration award. The decision is a useful reminder that all litigants, including foreign states, will be treated equally with regard to the law. Secondly, it emphasises that specific and detailed evidence is required in matters concerning Covid-19 related disruption.

The applicant, STA, a state government, sought an extension of time to bring a challenge under section 68 of the Arbitration Act 1996 against an arbitration award issued in favour of OFY on 26th January, 2021.

OFY had alleged in the arbitration that STA had wrongfully repudiated a contract for a fast-track power generation solution, and claimed entitlement to a termination payment from STA. The Tribunal found in OFY’s favour, awarding it the full termination payment of US$134,348.661 plus interest and costs.

The 28-day period prescribed by the Arbitration Act for an appeal was set to expire on 22nd February, 2021. On 19th February STA applied ex parte for an extension of time to lodge an appeal. STA asked for 56 days, but the court only granted 14 days, until 8th March, 2021, also ordering that if STA wanted more time, an application would have to be received by 5th March, 2021.

Both 5th and 8th March passed without STA lodging an appeal or applying for more time.

Using new solicitors, on 1st April, 2021, over three weeks after the deadline had passed, STA applied simultaneously to set aside the arbitration award and sought an extension of time to bring the challenge.

It was common ground that the court should apply the factors set out in Kalmneft v Glencore International AG [2001] 1 Lloyd’s Rep 128 when considering STA’s application for more time.

Considerations of the Kalmneft factors

The court considered three primary Kalmneft factors when determining the application. These are discussed below.

A key consideration in this case was the length of delay in applying for the second time extension. As per Terna Bahrain, the yardstick against which the length of delay was measured was the customary period to apply. STA had the usual 28 days plus a further 14 days granted by the first extension, and therefore by applying for an extension on 1 April, this was a further 27 days’ delay after the expiration of the deadline imposed by the initial order, and 38 days total delay after the expiry of the original 28 days permitted by the Act. The court viewed this delay as both significant and substantial based on the yardstick of 28 days, since a “delay measured even in days is significant” in this context.

In making the application, STA asked for both the length of the arbitration and the significant amount of money involved to be taken into account when considering the length of delay. However, the Court took the opposite approach, finding the length of the arbitration to be immaterial. With regard to the amount of money at stake, the court by contrast was of the view that the high value of the claim could exacerbate the seriousness and significance of a failure to act promptly.

Was the party which permitted the time limit to expire acting reasonably?

The court determined that STA did not act reasonably. In considering, the court found that “in seeking relief from the court, it is normally incumbent upon the applicant to adduce evidence which explains his conduct”, and decided that this was not the case here.

STA sought to rely on the fact that as a state entity they were affected by slow and bureaucratic decision-making, combined with the appointment of a new Attorney General.

However the court, having considered many applications for extensions by government entities, found that the fact that a party is a foreign state is of little significance, and that having slow-moving administrative processes does not justify delay;   a sovereign state is expected to comply with the Civil Procedure Rules like any other litigant. The judgment Daewoo Shipbuilding & Marine Engineering Co Ltd v Songa Offshore Equinox [2018] EWHC 538 (Comm) [2019] 1 All ER (Comm) 161 was cited, in which it was held that hierarchical management structures are not a convincing reason to extend time generally “not least because it would substantially undermine the fundamental principle of speedy finality”. The court also commented that that the swearing-in of a new attorney general did not mean the state was unable to act in the meantime.

STA also argued that the impact of Covid-19 had affected STA’s ability to act promptly in seeking the extension. This argument was wholly rejected, primarily because of the lack of sufficient and particularised evidence to support it. The judge commented that the court was used to evaluating evidence on the effect of the pandemic on litigants and litigation, but unlike other matters where delay due to Covid-19 was successfully argued, in this case there was no detailed explanation of how the pandemic had affected particular persons or processes so as to cause the delay.

Finally, the court considered whether or not the delay in making the application was intentional, this being a consideration distinct from whether there is a good explanation for the failure. This is due to the public interest in ensuring that litigants treat the court procedure as rules to be complied with, rather than deliberately ignoring them for personal advantage. The court found that the mere absence of evidence that the delay was deliberate was not enough to discard the factor of intentional delay when determining the application.

Whether OFY or the Tribunal contributed to the delay

There was no suggestion that either OFY or the Tribunal had contributed to the delay - it  was clear the delay was of STA’s making.

The court also considered some secondary factors, such as prejudice and unfairness, as well as the merits of the proposed challenge.

The merits are very rarely considered in an application for an extension of time but in this case it was readily apparent that the challenge was intrinsically weak. On that basis the court decided that it was a factor it should take into account when considering the application.

For these reasons, and in particular the length of delay and the unjustified conduct of STA, the judge dismissed STA’s application for a time extension, thereby ending STA’s attempt to overturn the US$134,348.661 award made against them.

It is clear that the court expects litigants to comply with the rules and the provisions of the Civil Procedure Rules strictly and it is incumbent on a litigant seeking relief or a time extension to particularise the justification for the delay properly, which was lacking in this case. 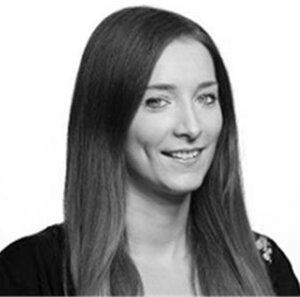