The purpose of this update is to provide Members with a summary of recent developments with regard to EU sanctions.

As advised in our previous update, in April 2022 the EU implemented its fifth package of restrictions relating to the purchase, transfer and importation of Russian coal and other solid fossil fuels, and the importation of Russian wood, cement, fertilisers and seafood. These restrictions were subject to a wind down period until 10th August, 2022, which has now expired.

EU FAQs on carriage of Russian coal and fertilisers

On 10th August, 2022 (i.e. the date of the expiry of the wind down period), the EU published updated FAQs clarifying the application of provisions (more particularly Article 3i and 3j of Council Regulation 2022/576) relating to the carriage of certain cargoes from Russia, including coal and other solid fossil fuels and fertiliser. The FAQs can be found here.

The FAQs suggest that the prohibitions in Articles 3i and 3j of the Regulation were intended to have a wider impact than just carriage into the EU and could impact the carriage of such cargoes from Russia to any other country.

The EU have made it clear to the International Group (the “IG”) that whilst the reference to "import" in the Regulation is limited to import into the EU, the other restrictions on direct or indirect transfers are intended to equally apply to non-EU destinations. As a result, it is now the case that the involvement of an EU entity in the carriage of Russian fertilisers and coal or other solid fossil fuels to any destination whatsoever, whether inside or outside the EU, would be in breach of EU sanctions.

The EU Commission has also clarified to the IG that the prohibition on the provision of "financial assistance" in sections (2)(b) of both Article 3i and 3j of the Regulation, which includes insurance and reinsurance services, prevents any entity subject to the jurisdiction of the EU from providing insurance and reinsurance for the carriage of Russian fertilisers and coal and other solid fossil fuel cargoes regardless of destination.

As the wind down period has now expired, these restrictions will have immediate effect.

Many of these restrictions will not be directly relevant to Members. In summary, however, the new sanctions package includes:

In addition, further individuals and entities have also been added to the EU sanctions list, and reporting requirements have been strengthened, with sanctioned people now having the burden of declaring assets, in order to facilitate freezing of their assets within the EU. 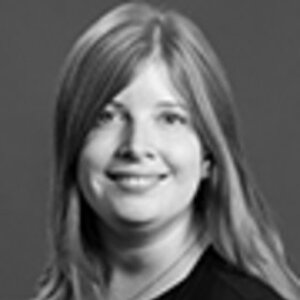